This week the West Indian community in Victoria welcomed a book which tells their story of migration to Australia for the first time.

‘Adding Pimento’ is a book that has been in the making since 2006, when the Caribbean community in Victoria in conjunction with the Caribbean Association of Victoria, created an exhibition at the Immigration Museum called Callaloo: The Caribbean mix in Victoria.

This exhibition told the story of those with a West Indian background and their migration to Australia, both directly and indirectly from the Caribbean.

When the exhibition came to a close, it became obvious to the community that there were more stories to be told and, spearheaded by Dr Karina Smith of Victoria University, the work began to collect, collate and transcribe more stories from the Caribbean community.

Almost eight years in the making, the book is now available for all to enjoy.

The journeys to Australia are not only unique, but the motivations, inspirations and struggles behind the community stories are as individual as the faces that now add further contrast to the Australian populace.

The stories are joyous and warming, heartbreaking and inspiring.

The stories tell of how those who identify as West Indians have established themselves against all odds, in a land that some say even now, still echo the repercussions of an all white Australian policy.

‘Adding Pimento’ is a book written by the West Indian community, for a broader understanding, and will become a historic document of the migration of West Indians to Australia. 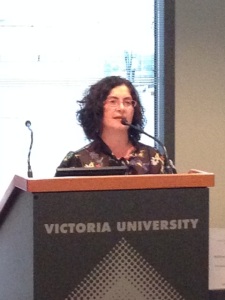